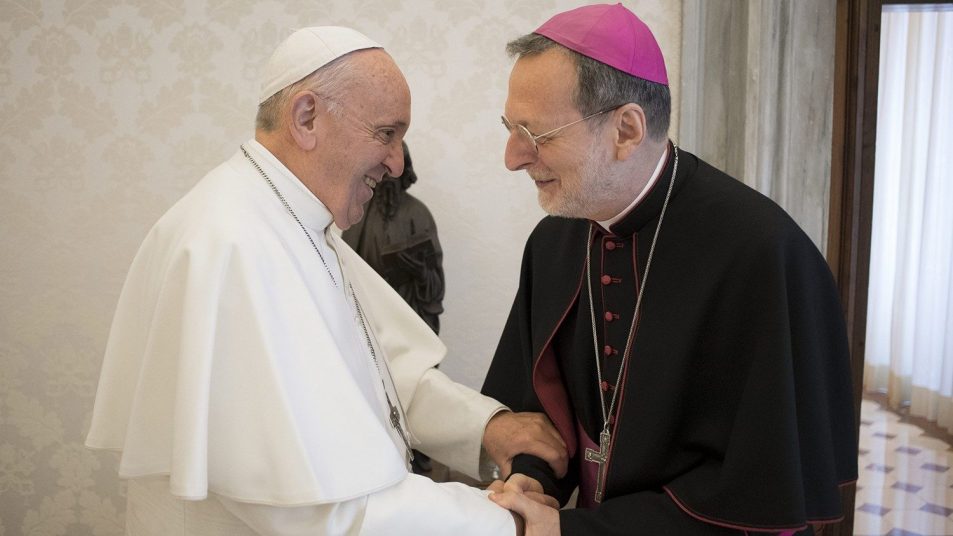 Archbishop Gugerotti was born in Verona in Italy, on 7th October 1955 and consecrated a priest of the Diocese of Verona on 29th May 1982.  He earned degrees in Eastern languages and literature and in sacred liturgy.  He taught patristics at the San Zeno Theological Institute in Verona from 1981 to 1984, and theology and Eastern liturgy at the Institute of Ecumenical Studies in Verona from 1982 to 1985.  In 1985, he joined the Roman Curia working at the Congregation for the Eastern Churches; he became its undersecretary on 17th December, 1997.  He has also taught patristics and Armenian language and literature at the Pontifical Oriental Institute.

Since November 2015, Archbishop Gugerotti has held the post of Apostolic Nuncio to Ukraine. He has previously served as the Pope’s representative to Georgia and Armenia, as well as to Azerbaijan (2001-2011), and later as Nuncio to Belarus (2011-2015).

Let us all pray for Archbishop Gugerotti for his success in this post.