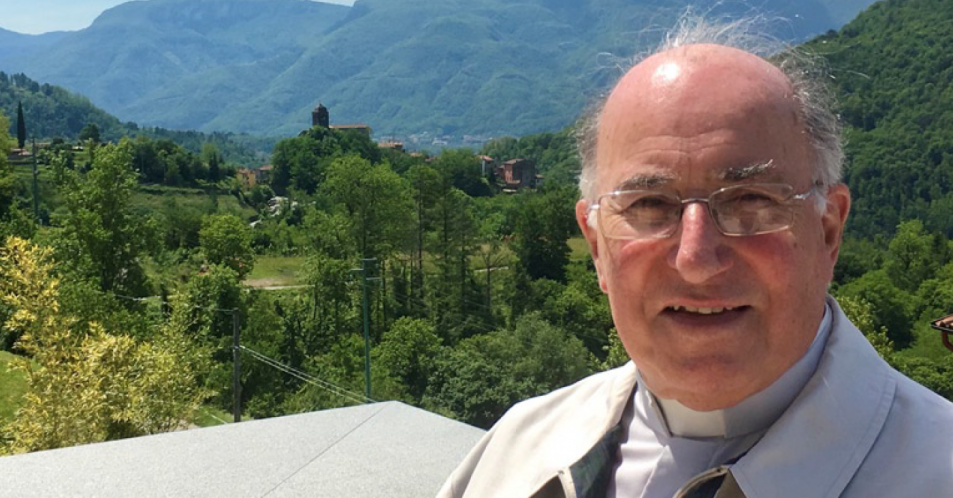 Archbishop Conti has been awarded one of the most prestigious prizes of his family’s native Italian region of Tuscany. He has been given the Gold Medal of the “Lucchesi nel Mondo” and was due to be presented with the award at a special ceremony in Lucca later this month. However the ongoing pandemic has meant the scaling back of the award ceremonies.

The award was founded half a century ago and is the highest honour which the Lucchesi nel Mondo can grant and is traditionally made around the Feast of the Exaltation of the Holy Cross (September 14).

The people of Lucca have a special devotion to the Cross and the city’s greatest treasure is the Volto Santo, or Holy Face, an eight-foottall, ancient wooden carving of Christ crucified. Medieval legends state that it was sculpted by Nicodemus who assisted St. Joseph of Arimathea in placing Christ in his tomb after the crucifixion.

Archbishop Conti said: “I was surprised but delighted to be named as one of the recipients of the gold medal of the city. My family’s roots are in Tuscany and I have relatives in Barga which is in the Province of Lucca.

“It’s a pity that I won’t be able to go in person to receive the award and to take part in the festivities around the Feast Day of the Holy Cross, but it wouldn’t be advisable to travel and the authorities in Italy have recognised
that.”

The honour is not the first Glasgow’s former Archbishop has received from Italy. Shortly after being named Archbishop he was granted the title Grande Ufficiale della Repubblica Italiana by the President of the country for his distinguished service.