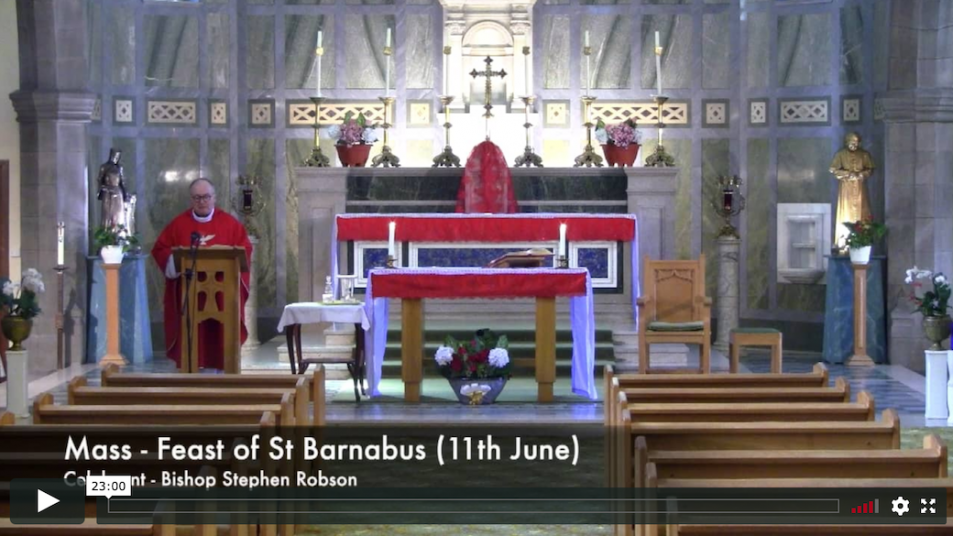 Mass for the Feast of St Barnabus (11th June).

Barnabas was one of the very earliest followers of Jesus and a leader of the early church. His story is told in the Acts of the Apostles and he is also mentioned in some of Paul’s letters.

Originally called Joseph, he was given his new name of Barnabas by those who knew him well, it means ‘son of encouragement’.

His new name certainly fits what we know of his character and actions.