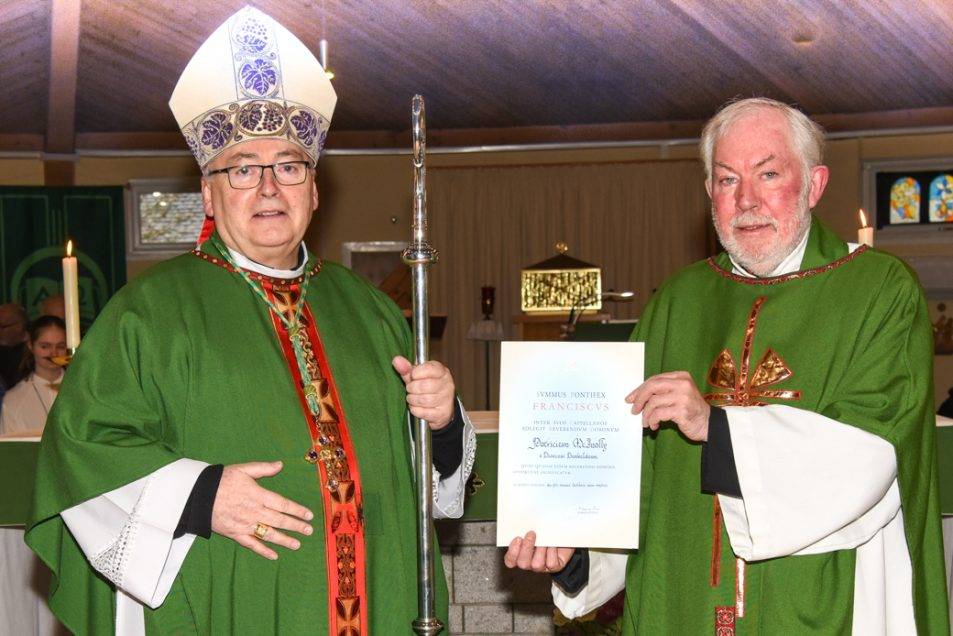 Mgr Pat was most recently appointed as Provost to Dunkeld’s Cathedral Chapter of Canons, following the retiral of Provost Ken McBride. His appointment as a Monsignor comes as recognition by the wider Church of his long years of service.