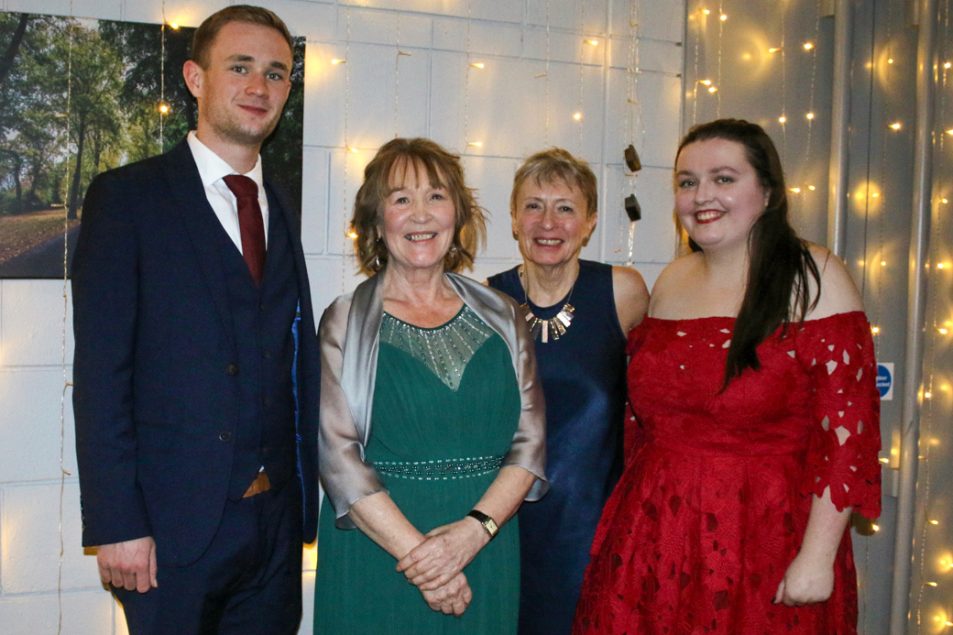 Dunkeld Lourdes Service organises the support that allows infirm people to make their pilgrimage to Lourdes each year.  Their helpers are mainly in their late teens and volunteer to give up part of their summer holidays in July to travel to Lourdes.  They also pay towards the costs of transport, accommodation and food – last year this was £750. One of the biggest sources of fundraising is the Annual Lourdes Ball which was held in February.

The organisers reported that it a massive success raising a total of £3,900 including £603 in a silent auction of items donated by Monifieth Golf Links and Eve’s Foundation.

A spokesperson said, “The main objective of the ball has definitely been met but very importantly every guest has a most enjoyable experience – so much so that we have been prompted to book the same venue for next year.”

The committee were pleased with the feedback from the event.

“We have had lots of praise for how enjoyable and successful the ball was but there are loads of others who should be thanked too – Everyone who bought tickets and put up with constant email harassment while menus were sorted especially those who travelled a distance to join us;  Chloe for menu help and Sarah McG for putting out letters;  everyone who donated, or got others to donate, prizes including Bellsquarry Dentistry,  Ryze, MJF Tutoring, Colin McLaren Photography, Callum Fitchet Personal Trainer, City Quay Dental Clinic, David Lloyd Monifieth, Dundee Rep and Dundee FC but especially Monifieth Golf Links and Eve’s Foundation, Eat the Peach and Ewan’s band for brilliant music, and of course, the West Park deserves thanks for such a great night.