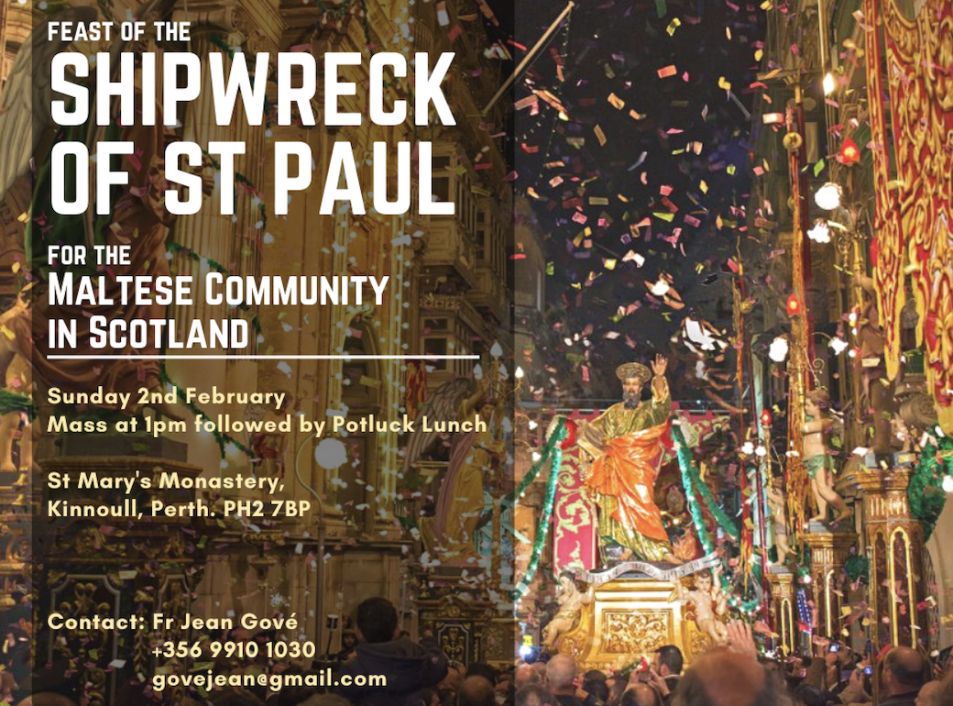 Scotland’s Maltese community will gather in Perth on Sunday 2nd February for a Mass to celebrate the Feast of the Shipwreck of St Paul.

Malta is proud of its 2000 year association with Christianity. Paul was being taken to Rome to be tried as a political rebel, but the ship carrying him and some 274 others was caught in a violent storm only to be wrecked two weeks later on the Maltese coast. All aboard swam safely to land.

The site of the wreck is traditionally known as St. Paul’s Island, and is marked by a statue commemorating the event.

Mass will be celebrated at 1pm in St Mary’s Monastery, Kinnoull, by Fr Jean Gové, a recently ordained Maltese priest, serving in Dunkeld Diocese, and who is currently studying at St Andrews University.

Following the Mass there will be a Potluck Lunch. 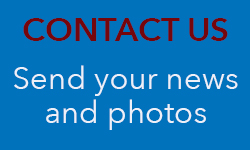