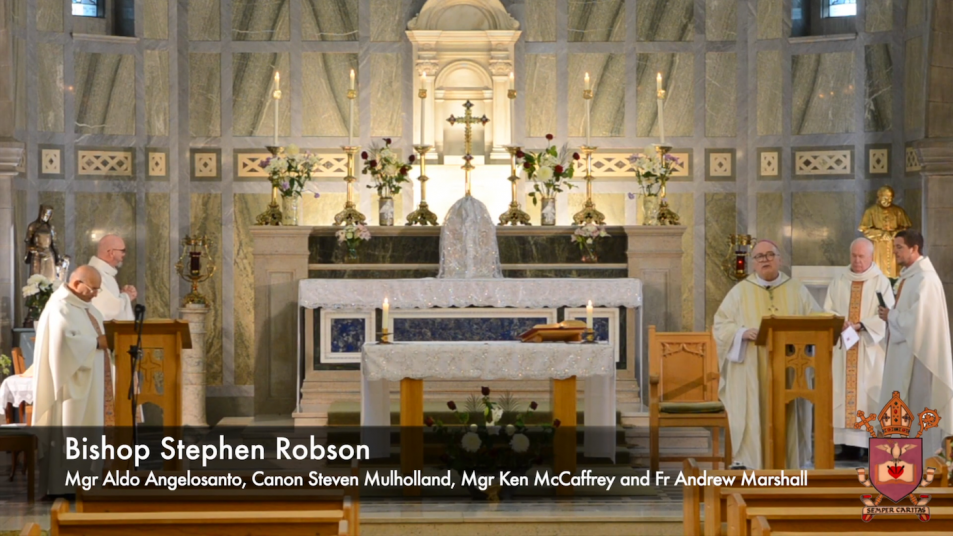 Bishop Robson celebrated a Mass for schools on Wednesday 24th of June, at 11am, from St Joseph’s Convent Chapel, at Lawside, Dundee. It was streamed and recorded for later viewing.

Bishop Stephen said, “These past months have been hard for teachers, parents and carers and children who have been missing school. From S1 to S6 there has been much suffering – not least for the young people who missed their public exams and anxiously await their assessed/moderated results for their future entrance to apprenticeships, colleges, universities and work – and not least those students in S4 and S5 awaiting their preparations for National Five and Higher and Advanced Higher exams next session.”

“So, we celebrate the best we can, knowing that we also missed our Diocesan Schools Mass this year.”

The Mass was celebrated in the convent chapel at Lawside, once the home of the Sisters of Mercy who ran one of the city’s first Catholic Schools – later to be Lawside Academy – now combined with St Saviour’s High School as St Paul’s Academy.

Bishop Stephen was accompanied by Mgr Aldo Angelosanto, Mgr Ken McCaffrey, Canon Steven Mulholland and Fr Andrew Marshall – with pupils and staff doing readings and prayers. Mrs Mary O’Duffin, Dunkeld RE Advisor, led the singing of the Gloria and pupils from Our Lady’s Primary, Perth, led a slideshow depicting the life of St John the Baptist, who Feastday was being celebrated.